Moral polarization and out-party hostility in the US political context

Affective polarization describes the phenomenon whereby people identifying as Republican or Democrat tend to view opposing partisans negatively and co-partisans positively. Though extensively studied, there remain important gaps in scholarly understanding of affective polarization. In particular, (a) how it relates to the distinct behavioural phenomena of in-party “love” vs. out-party hostility; and (b) to what extent it reflects a generalized evaluative disparity between partisans vs. a domain-specific disparity in evaluation. We report the results of an investigation that bears on both of these questions. Specifically, drawing on recent trends in political science and psychology, we hypothesize that moral polarization—the tendency to view opposing partisans’ moral character negatively, and co-partisans’ moral character positively—will be associated with behavioural hostility towards the out-party. We test this hypothesis in two preregistered studies comprising behavioural measures and large convenience samples of US partisans (combined N = 1354). Our results strike an optimistic chord: Taken together, they suggest that this association is probably small and somewhat tenuous. Though moral polarization itself was large—perhaps exceeding prior estimates of trait affective polarization—even the most morally polarized partisans appeared reluctant to engage in a mild form of out-party hostility. These findings converge with recent evidence that polarization—moral or otherwise—has yet to translate into the average US partisan wanting to express hostile and directly discriminatory behaviour toward their out-party counterparts. 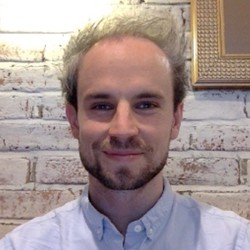